First thing first—Sardar Ka Grandson has nothing to do with Son of Sardar, they are different films. 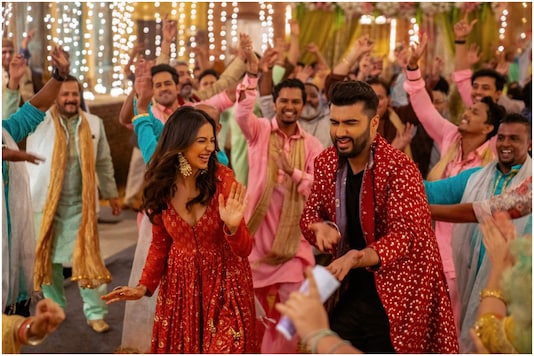 This one is set in and around Amritsar occasionally drifting inside Pakistan. Amreek Singh (Arjun Kapoor) is a goofy, happy go lucky kind of a guy doing odd jobs for a company run by his girlfriend Radha (Rakul Preet) in Los Angeles. His grandmother, who everybody fondly calls Sardar (Neena Gupta), is a 90-year-old loud and boisterous industrialist. She has been a victim of the India-Pakistan partition and wants to see the house she built with her husband in Lahore for one last time. So, what’s the big deal? Well, the Pakistan government has blacklisted her for an angry outburst at a cricket match in Mohali against a senior official from the neighbouring country. She can’t go to the house but the house can come to her. Amreek has now taken it upon himself to bring the same house from Pakistan to Amritsar for Sardar.

The basic premise is definitely absurd but it also intrigues. On paper, it might have sounded easy to change the phrase homecoming to ‘home is coming’, but it’s much more than just an idea. It can fall flat if not done convincingly. Also, it’s tricky to shoot films with many crowd scenes. It can go both ways. You have to manage the sentiments despite quick transitions.

To the director’s credit, Sardar Ka Grandson works because of its core idea but then the actors fail the project. It’s heartening to see Kaashvie Nair attempting something as audacious as uprooting a house and then re-planting it in Amritsar, but the scenes demand more urgency from the actors. Most of the times, they look relaxed and don’t convey the earnestness the situation merits.

They also remain short of establishing a delectable chaos inside Sardar’s house. I am not even talking about the fun quotient here, which is mostly missing.

Neena Gupta and Arjun Kapoor try to shoulder the responsibility but couldn’t do so for a longer period. It needed more secondary characters to rise up and take guard. With De De Pyaar De, Rakul Preet has proved that she could be quite handy in situational comedies, but she has been grossly underutilised.

John Abraham and Aditi Rao Hydari’s cameos could have been extended. They look more in charge of the developments than the lead pair. Hydari, in particular, has evolved a lot in recent times, and this is another good performance from her.

At 139-minutes, Sardar Ka Grandson feels like a stretch, but you can always watch it for Neena Gupta and the audacity of the idea.