After Karan Johar’s Dostana, it seems Kartik Aaryan has lost out on another project. 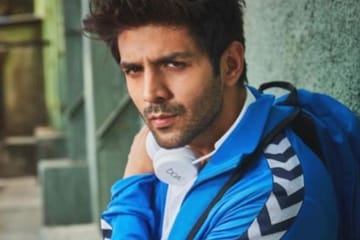 After Dostana, Bollywood actor Kartik Aaryan has reportedly opted out of a Shah Rukh Khan backed-film that is being bankrolled by SRK’s production house Red Chillies. Neither Kartik nor Red Chillies has issued an official statement regarding the exit though. The film was apparently scheduled to go on floors in a few months. According to a report in Times of India, Kartik had creative issues with the film’s director Ajay Bahl and was not pleased with the script. The report suggests that creative difference cropped up in the last 15 days where Kartik expressed his unhappiness over the film’s script to Bahl. Kartik Aaryan apparently had concerns about the casting of the film, too. The film was reportedly a love story.

This comes after Kartik found himself in the middle of a controversy when a few weeks ago, it was reported that he’s exited Dostana 2 due to “creative differences”, after shooting for almost 14 days. Karan Johar’s Dharma Productions announced that they’d be recasting “Dostana 2″ due to “professional circumstances”. Without taking any names, the production house issued a statement about replacement in the film.

Kartik and Janhvi Kapoor had started shooting for the film in Amritsar in November 2019. The shoot was halted in March 2020 due to the outbreak of Covid-19.