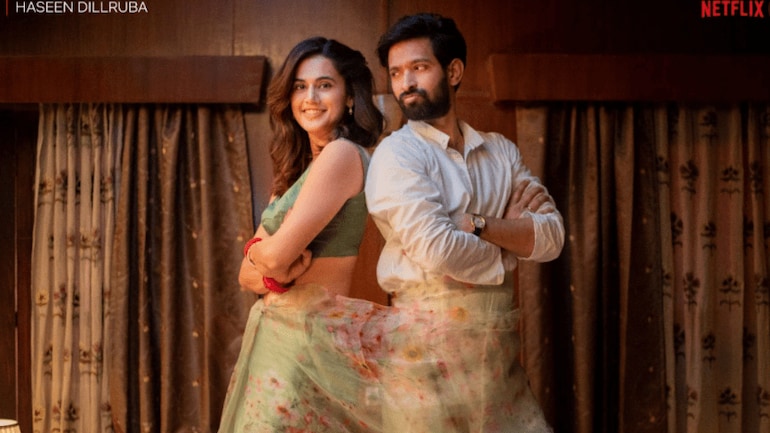 Taapsee Pannu-starrer Haseen Dillruba will be releasing on Netflix on July 2. The actress took to social media to announce the same with a new teaser video. The shooting of the film was completed in October 2020. Directed by Vinil Mathew, Haseen Dillruba also stars Vikrant Massey.

HASEEN DILLRUBA TO PREMIERE ON NETFLIX

Haseen Dillruba will skip the theatrical release and will premiere on Netflix on July 2. Taapsee Pannu took to social media to announce the news. Sharing a teaser video, Taapsee wrote, “Kahani Aashiqana. Raaz Katilana. #HaseenDillruba coming soon. Only on Netflix.

In October, Taapsee Pannu announced the shoot wrap of Haseen Dillruba. In her post, she gave the audience an insight into her role of Rani Kashyap. The actress also talked about working under severe conditions during the making of the film. Along with the note, she shared a picture from the sets of the film which features the actress grinning ear to ear, Vikrant Massey and director Vinil Mathew.

Directed by Vinil Mathew, Haseen Dillruba is a murder-mystery. The film also stars Vikrant Massey and Harshvardhan Rane in pivotal roles. The film was earlier supposed to release in September 2020, but due to the ongoing novel coronavirus pandemic, the release date had to be postponed. The story of Haseen Dillruba has been written by Kanika Dhillon.