Film producer Aditya Chopra wants the entire crew of about 300 people to be vaccinated before the shoot resumes. Meanwhile, the set up has been demolished as there were additional costs for its maintenance. 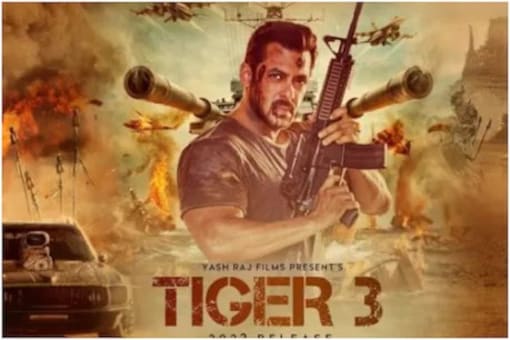 Bollywood actors Salman Khan and Katrina Kaif’s Tiger 3 is one of the much-awaited films of 2021 but its shooting is facing many hurdles. Just as they started shooting for their action entertainer, Katrina was found positive with Covid-19. Soon after, the Maharashtra government had imposed a lockdown in the state due to a surge in cases and the shoot was again halted. Adding to the woes, the heavy rains in Mumbai had massively damaged the movie’s set. So, the filmmakers have decided to demolish it.

Recently, a source informed ETimes that the set was constructed in March this year with the help of nearly 250-300 workers. Yash Raj Films had erected the set at SRPF ground in Goregaon, depicting the Dubai market. But since it could not be used and its maintenance was costing a lot, the makers decided to pull it down this month. Around 100-150 workers have been assigned to this task. Due to this decision, the producers have incurred a huge loss amounting to about Rs 8-9 crore. YRF has decided to build a new set whenever the lockdown norms ease and shooting resumes as it would be more feasible.

A source close to the project’s development had earlier revealed that even if the government eases the lockdown restrictions in mid-June, the studio is going to be very cautious. YRF’s Chairman Aditya Chopra wants the entire crew of about 300 people to be vaccinated before the shoot resumes.

Tiger 3 will be helmed by Maneesh Sharma and will feature Emraan Hashmi besides Salman and Katrina. Emraan will be seen in the role of an antagonist. In order to perfect his avatar, he has been regularly working out in the gym.