Tamil superstar Vijay’s 65th film has been titled Beast and the poster has been released on the eve of his birthday on June 22. 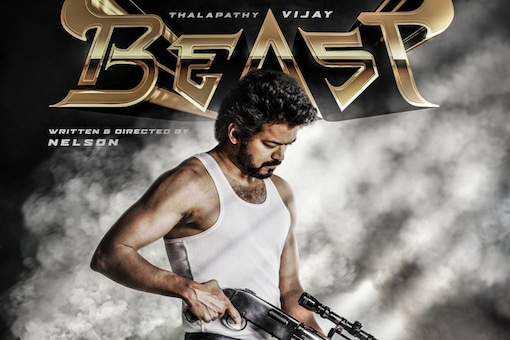 South superstar Vijay will be next seen in the Tamil film titled Beast. The actor will be collaborating with director Nelson Dilipkumar for the first time on the project.

The poster and the title of the film have been unveiled on Vijay’s birthday eve. He will be turning 47 on June 22. The official Twitter account of Sun Pictures shared the poster, tweeting,

According to reports, Pooja Hegde will star opposite Vijay as the leading lady. The film went on floors earlier this year and the first schedule was filmed in Georgia. Anirudh Ravichander has been roped in to compose the music of the action-thriller.

According to a report in Hindustan Times, Vijay will be playing a a special agent in the movie. The makers are planning to release the film during Pongal next year.

On the work front, Vijay’s last release was Master, which co-starred Vijay Sethupathi and Malavika Mohanan. Vijay collaborated with director Lokesh Kanagaraj for the first time on the film. It is available for streaming on Zee5 and Amazon Prime Video.