Ray is a 4-part anthology web series on Netflix, based on a corresponding number of the eponymous Satyajit Ray’s short stories, each episode (Forget Me Not, Bahupriya, Hungama Hai Kyon Barpa, Spotlight are their titles) being 50-65 minutes long, and deals with themes like infidelity, chauvinism, pride, anonymity, kleptomania, religion and fame. 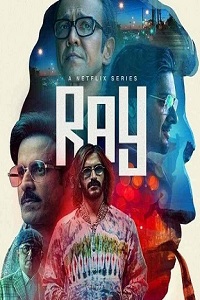 Anthologies, be it OTT films or web series, have become the new vogue over the past few years with several Bollywood filmmakers and actors dipping their hand in the sea. However, besides Ajeeb Dastans, most have included hit or miss stories, with everyone from Lust Stories and Ghost Stories to Zindagi In Short and Unpaused being extremely inconsistent in their ability to string together a bunch of riveting, unconnected stories, none coming within a whisker of the Tamil anthology show, Paava Kadhaigal, incidentally also on Netflix. So, where does the streaming giant’s latest anthology series, Ray, fall? Well, forget Paava Kadhaigal or Ajeeb Dastans, it’s not even as good as a Lust Stories, and would makes Satyajit Ray, whose short stories have inspired the web series, very disappointed. Also Read – Abhishek Chaubey confirms directing the Jigarthanda remake, says cast is not finalised [Exclusive]
What’s it about

Ray is a 4-part anthology web series on Netflix, based on a corresponding number of the eponymous Satyajit Ray’s short stories, each episode (Forget Me Not, Bahupriya, Hungama Hai Kyon Barpa, Spotlight are their titles) being 50-65 minutes long, and deals with themes like infidelity, chauvinism, pride, anonymity, kleptomania, religion and fame. Also Read – After winning Kerala State Award for Carbon, Vishal Bhardwaj to compose songs in more languages

The only two good things about Ray are the performances and cinematography, but they’re so good that they just about save the show from being a total letdown. Everyone from the lead actors such as Ali Fazal, Kay Kay Menon, Manoj Bajpayee, Harshvardhan Kapoor to the main supporting cast like Shweta Basu Prasad, Chandan Roy Sanyal, Radhika Madan to even the players with smaller roles like Manoj Pahwa, Bidita Bag and other put in stellar acts, sinking deep into their reserves to portray the complex themes and emotions that are at the heart of Satyajit Ray’s stories, long or short. And each episode has been hauntingly, bewitchingly shot by the likes of Swapnil Sonawane, Arkodeb Mukherjee, Eeshit Narain, which helped me somehow make an effort (a very tough one) to sit through the whole web series to the very end.
What’s not

Either the creative team chose the wrong short stories of Satyajit Ray to adapt to screen (not every good piece of literature makes a good movie or show) or they just didn’t do it well enough for today’s audience. All three Director, Srijit Mukherji, Abhishek Chaubey, Vasan Bala, and the writer, Niren Bhatt and Sayantan Mukherjee, display a complete lack of energy midway through each of their individual stories. It gets exceedingly annoying to sit through almost an hour-long episode, where the narrative is built well till about halfway through, only for everything to fizzle out thereafter.

It also seems like they just couldn’t get a proper grip of the complexity of the tales, doing no favours to the actors who did. And in this day and age with easy access to dark, intriguing Korean and other similar foreign content, our makers need to be right on the money to keep their audience switched on, especially on OTT platforms with the option to change but a click away. Ray also doesn’t benefit from some seriously sloppy editing and an unenthusiastic background score, barring the one for Hungama Hai Kyon Barpa.