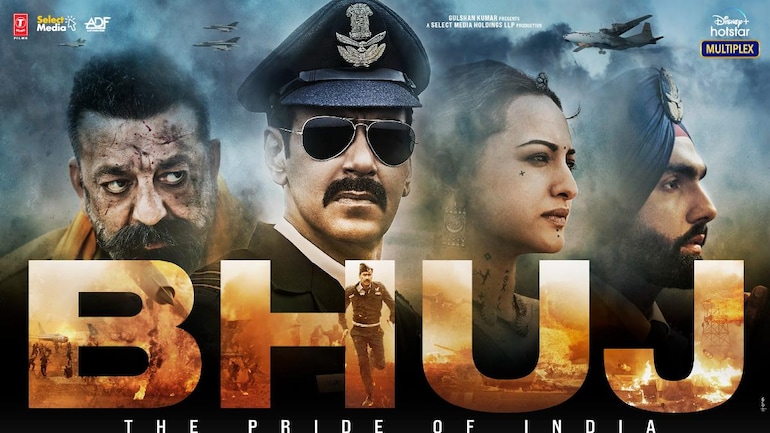 Ajay Devgn and Sanjay Dutt-starrer Bhuj: The Pride of India will premiere on Disney+Hotstar on August 13. The film, which is based on Indo-Pak war of 1971, is directed by Abhishek Dudhaiya. Ajay took to social media to announce the news with a special video introducing the main characters in the film. Bhuj: The Pride of India also stars Sonakshi, Ammy Virk, Sharad Kelkar, Nora Fatehi and Pranitha Subhash, among others.

Ajay Devgn will be seen donning the Indian Air Force uniform for the first time as he will be seen playing the lead role of Squadron Leader Vijay Karnik in Bhuj: The Pride of India. Last year, at a special virtual press conference, Ajay Devgn spoke about his character. He said, “Bhuj is a true story based on real life characters. I am playing a Squadron Leader. It is a big scale film. The story revolves around how a handful of people stop the Pakistani army when the Indian army cannot reach them in time.
Sanjay Dutt will be seen playing the role of Ranchordas Pagi, while Sonakshi Sinha will be seen portraying the role of Sunderben Jetha. Ammy Virk, who will also be seen in Kabir Khan’s 83, will be seen as a fighter pilot Vikram Singh Baj Jethaaz.