Kriti Sanon shared a BTS video of Param Sundari song from her upcoming film Mimi. The actress can be seen going gaga over having AR Rahman’s music in her film for the first time. 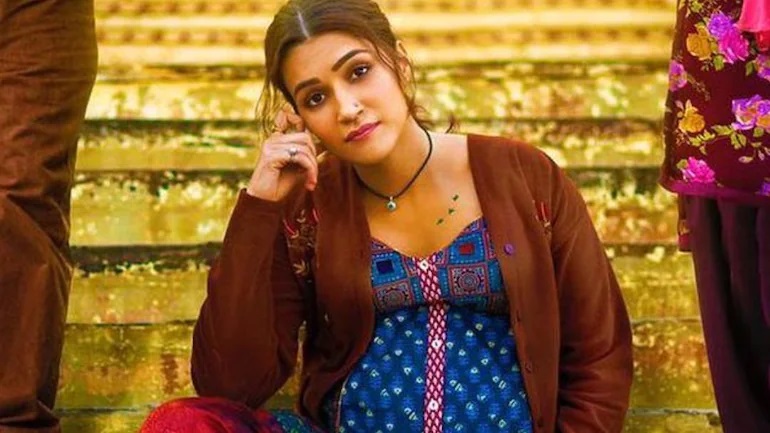 Kriti Sanon is gearing up for the release of her comedy-drama film, Mimi. The actress has been posting photos and videos from the film’s making on social media. Recently, she shared a sneak peek into the filming of her dance number titled Param Sundari in Mimi. Kriti can be seen gushing over having AR Rahman’s music in one of her films for the first time.
KRITI SANON POSTS VIDEO ON THE MAKING OF PARAM SUNDARI

Param Sundari is an energetic dance track and Kriti Sanon has performed her incredible moves in its video. However, the actress revealed she was scared as the beats were fast. She revealed so in the BTS video of Param Sundari. Kriti also called AR Rahman the ‘god of music’ and talked about her excitement on having him compose the music for her song. Pankaj Tripathi, who plays an important role in Mimi, also talked about how his dream of having AR Rahman’s music in one of his films came true.

Kriti Sanon is happy with how Param Sundari has turned out. She said in the video, “It’s looking beautiful. It has got a very catchy tune. Bada gaana hai (It’s a big song).

She captioned the video, “Param Sundari Behind The Scenes Param Sundari has already captured your hearts now get a sneak peek at what went behind the scenes! Exclusive world premiere 30th July.

Mimi is directed by Laxman Utekar and inspired by the Marathi film Mala Aai Vhhaychy. Kriti Sanon plays the titular role. She dreams of becoming an actress, but, she ends up becoming a surrogate mother, which completely changes her life. Kriti Sanon put on 15 kg for her role in Mimi and shared her ‘Mimi to mummy’ journey with her fans through a video. The film’s cast also features Sai Tamhankar, Supriya Tripathi and Manoj Pahwa.