Kartik Aaryan announced that he has completed filming the climax scene of his upcoming film, Bhool Bhulaiyaa 2. The film also stars Tabu and Kiara Advani in pivotal roles. 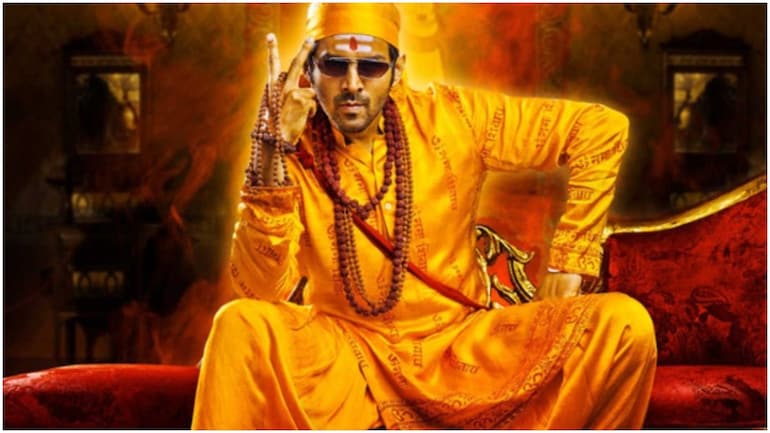 Kartik Aaryan has been occupied with several upcoming projects. But this didn’t stop the actor from sharing updates about his life with his fans and followers. The actor recently announced that he has completed shooting the climax scene of his upcoming film, Bhool Bhulaiyaa 2. Anees Bazmee’s directorial venture also stars Tabu and Kiara Advani.

Ever since Kartik Aaryan was roped in to play the lead character in Bhool Bhulaiyaa 2, he has been sharing constant updates about the film’s progress on social media. While sometimes he drops spooky BTS (behind-the-scenes) videos from the film sets, other times a picture with his co-stars.

Taking to his Instagram handle, Kartik Aaryan recently revealed that he has completed shooting the climax scene of the film. He posted a photo of a clapper board and wrote, “#BHOOL BHULAIYAA2 climax wrap!! Shot Number -162

Directed by Anees Bazmee, Bhool Bhulaiya 2 is a horror-comedy film. It stars Kartik Aaryan, Tabu and Kiara Advani in lead roles. Amar Upadhyay also joined the cast of Bhool Bhulaiyaa 2 and will be seen playing a pivotal role opposite Tabu. Produced by Bhushan Kumar, the film is the sequel to the 2007 film Bhool Bhulaiyaa starring Akshay Kumar, Vidya Balan and Shiney Ahuja.