Taapsee Pannu’s Rashmi Rocket is all to release on Zee5 on October 15. Directed by Akarsh Khurana, the film also stars Priyanshu Painyuli and Abhishek Banerjee. 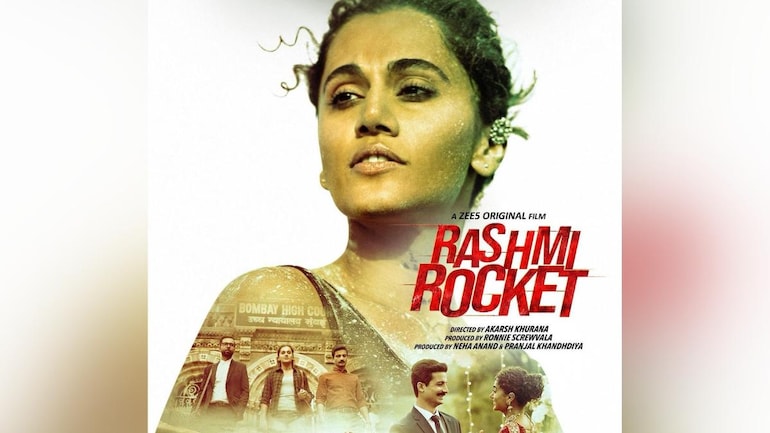 Taapsee Pannu-starrer Rashmi Rocket is all set to release on October 15 on Zee5. The film is directed by Akarsh Khurana and also stars Priyanshu Painyuli, Abhishek Banerjee and Supriya Pathak. Taapsee Pannu plays the role of a Gujarati athlete named Rashmi in the sports drama.
TAAPSEE PANNU’S RASHMI ROCKET GETS A RELEASE DATE

To do justice to her role of a fast runner in Rashmi Rocket, Taapsee Pannu trained vigorously. On Monday, September 20, the actress took to social media to announce the release date of the film. It will premiere on Zee5 on October 15, Dussehra.

Sharing a new poster of Rashmi Rocket, Taapsee wrote, “Get ready to run with Rashmi in this race on and off the track. She will need you in this one #RashmiRocket ready to take off on 15th October 2021 only on @zee5.

ALL ABOUT RASHMI ROCKET

After wrapping up the film’s shoot in January this year, the actress wrote an emotional note. A part of her caption read, “Not sure if I have the time and space to explain how this film actually happened. From the basic storyline I heard in Chennai 3 years back to actually complete its filming against all odds in these challenging times. This was one hell of a driven team effort.