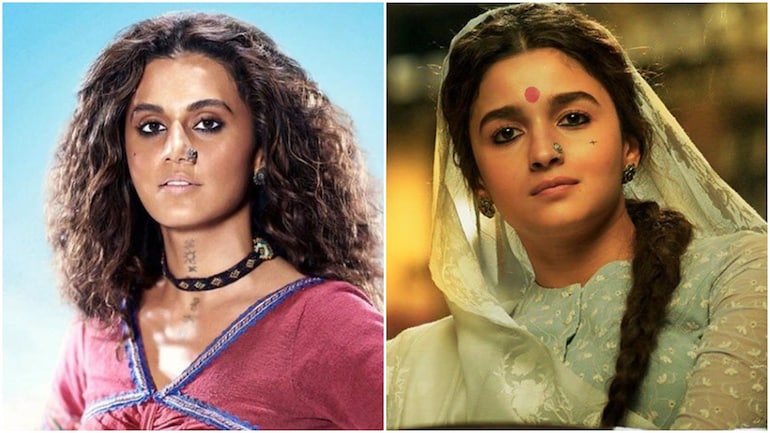 Movie theatres are back in business and the Hindi film industry couldn’t be more thrilled. While many production houses turned to OTT as the novel coronavirus pandemic confined us to our homes, things are finally getting back on track. In fact, after the Maharashtra government announced reopening of cinemas in the state, makers of big-ticket Bollywood films started announcing release dates of much-anticipated movies. From Akshay Kumar’s Sooryavanshi to Ranveer Singh’s 83, Bollywood Calendar 2021-2022 has something for everyone.

The 2021-2022 calendar also has many films that are driven by strong female leads. From Taapsee Pannu’s Rashmi Rocket and Shabaash Mithu to Alia Bhatt’s Gangubai Kathiawadi and Darlings, we have a list of upcoming films centered on powerful women – fictional and real.
TAAPSEE PANNU’S RASHMI ROCKET

Taapsee Pannu-starrer Rashmi Rocket premiered on Zee5 on October 15. Directed by Akarsh Khurana, the sports drama also stars Abhishek Banerjee and Priyanshu Painyuli. The film narrates the story of a small-town girl Rashmi, who aspires to be an athlete. She follows her dreams and becomes a national-level fast-runner, but her glory is hindered when she is asked to undergo gender tests. Rashmi Rocket is produced by Ronnie Screwvala, Neha Anand and Pranjal.

Gangubai Kathiawadi is a biographical crime drama based on Hussain Zaidi’s book, Mafia Queens of Mumbai. Directed by Sanjay Leela Bhansali and produced by Jayantilal Gada, the film also stars Ajay Devgn and Shantanu Maheshwari. The upcoming film narrates the story of a woman named Ganga, played by Alia Bhatt, who becomes a madame named Gangubai in the red light area of Kamathipura. The story shows how she rose to power, fighting one challenge after another. Gangubai Kathiawadi is set to release in theatres on January 6, 2022.