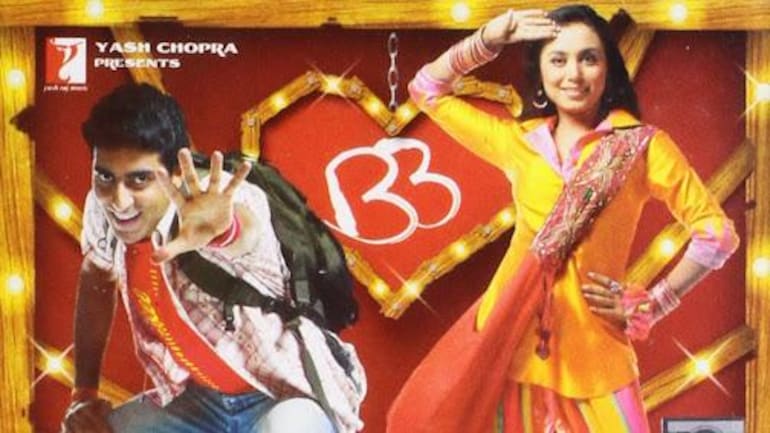 Rani Mukerji and Saif Ali Khan are all set to recreate their chemistry after 11 years in Varun V Sharma’s Bunty Aur Babli 2. In the film, the actors will be seen sharing screen space with Siddhant Charturvedi and Sharvari, who are the second con couple apart from Rani and Saif. In the new film, the two couples will be seen competing to prove who is the better con couple.

While we are eagerly waiting for Bunty Aur Babli 2, which releases on November 19, let’s take a look at the OG Bunty Aur Babli, directed by Shaad Ali. The film starred Abhishek Bachchan and Rani Mukerji in the titular roles. Amitabh Bachchan also played a pivotal role in the film.

One of the biggest reasons why Bunty Aur Babli is remembered even after several years of its release is the amazing chemistry between the lead actors, Rani Mukerji and Abhishek Bachchan. The actors, who were once rumoured to be dating, worked together in a number of films, including Bas Itna Sa Khawab Hai (2001), Yuva (2004), Kabhi Alvida Naa Kehna (2006) and Laaga Chunari Mein Daag (2007). They shared a close bond which reflected on screen. It felt like they completed each other. From their dialogue delivery to their screen presence, the actors were poles apart. Despite that, they looked perfect together. In Bunty Aur Babli, the tall Bunty (Abhishek Bachchan) and the talkative Babli (Rani Mukerji) worked as a team to con people.

Apart from Abhishek Bachchan and Rani Mukerji, Bunty Aur Babli also features Amitabh Bachchan. The veteran actor played the role of a police officer, who is on a mission to catch the con couple. While the chemistry between Abhishek and Rani is unmissable, Amitabh completed the trio.

KAJRA RE WITH ABHISHEK, AISHWARYA AND AMITABH

Bunty Aur Babli is known for some terrific performances and an entertaining music album. The music of the film was given by Shankar, Ehsaan and Loy. It has many upbeat tracks such as Dhadak Dhadak, Nach Baliye and Chup Chup Ke, among others. But it is Kajra Re that steals the show. Aishwarya Rai Bachchan was seen in a special appearance in the song. It was for the first time that the actress shared screen space with both Abhishek and Big B together. And can you forget the Kajra Re hook step? People to date instantly start doing the step whenever the song plays on any occasion. Aishwarya and Abhishek tied the knot in 2007.

The costumes of the actors of Bunty Aur Babli played an important part in making the story appear more authentic. Since both of the lead characters came from small towns, it was reflected in the way they dressed. The use of vibrant and catchy colours and patterns turned the usual clothes into statement outfits and left a lasting impact. Rani Mukerji’s Patiala salwars and collared kurtis, designed by Aki Narula, soon became the latest trend. The jhola and potli bags, a few of which were embellished with mirror-work, were just icing on the cake. Abhishek Bachchan’s striped shirts were also popular among men.