Sunny Deol and Ameesha Patel have finished shooting the Palampur schedule of their upcoming film, Gadar 2. Directed by Anil Sharma, the film will release in 2022. 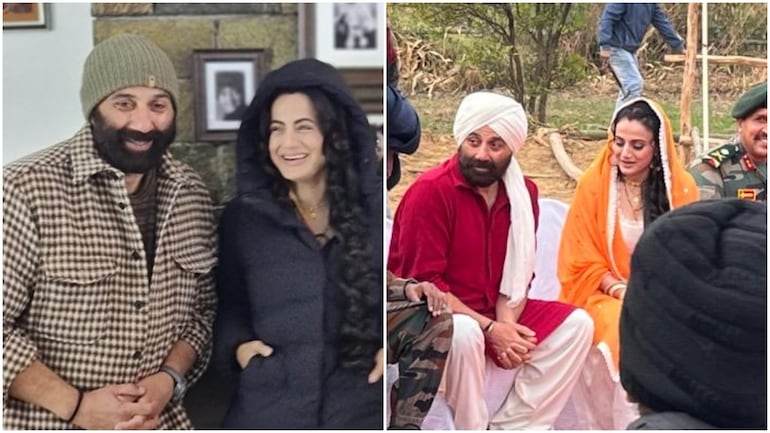 Sunny Deol and Ameesha Patel have been busy shooting for their upcoming film, Gadar 2. They have now completed the Palampur (situated in Himachal Pradesh) schedule of the film, revealed director, Anil Sharma. He took to Instagram to share a picture of the lead cast from the sets to inform the fans about the same. Sunny Deol and Ameesha Patel are reuniting after 20 years, post the release of Gadar. Gadar 2 will also star Utkarsh Sharma.

After making an official announcement of Gadar 2 back in October, the makers have now revealed that Sunny Deol and Ameesha Patel have wrapped up the Palampur schedule of the film. Director Anil Sharma treated fans to a behind-the-scenes photo, featuring Sunny and Ameesha, to share the same.

While Gadar was set during the partition of India in 1947, its sequel will move ahead with the India-Pakistan angle. A source close to the development had told PTI in an interview in 2019, “We have been working on Gadar sequel since 15 years. Gadar will show the story of Tara (Sunny Deol), Sakeena (Ameesha Patel) and Jeet (their son). The story will move ahead with India-Pakistan angle. Gadar is incomplete without it.”

“The cast will remain the same, like how we have seen in films like Baahubali, Rambo, Fast and Furious, etc. We have discussed the idea with Sunny. We can’t disclose anything at the moment,” the source had added.

Other than Sunny Deol and Ameesha Patel, Gadar (2001) also featured late actor Amrish Puri and Lillette Dubey in supporting roles. Directed by Anil Sharma, Gadar 2 will release in 2022. Shaktimaan has written the film, while Mithoon has composed its music.