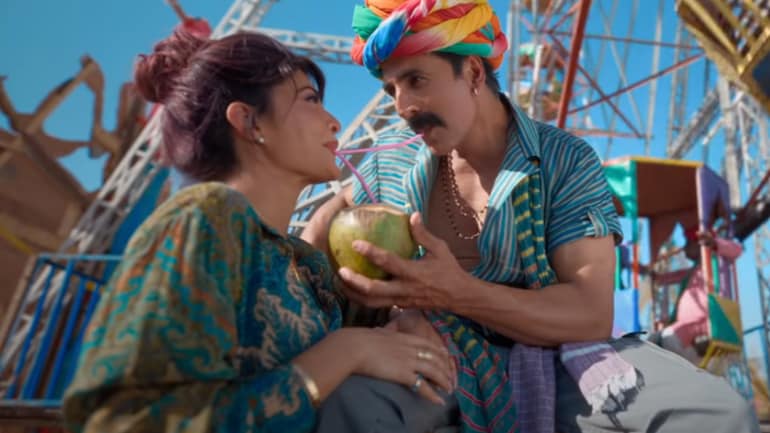 Akshay Kumar unveiled Bachchhan Paandey’s romantic track, Heer Raanjhana, today, March 12. The song featuring him and Jacqueline Fernandez shows their love blossoming in the vibrant Rajasthan. However, it all comes to a tragic end as Jacqueline, who plays Sophie in the film, is murdered.

The much-anticipated trailer of Akshay Kumar-starrer Bachchhan Paandey dropped on February 18. It managed to impress one and all. Now, its song, Heer Raanjhana, has been released. It showcases how Jacqueline’s character dreams of falling in love with her perfect man and Akshay becomes that person for her. He shows her around Rajasthan and they go for many adventures together. It’s a perfect and cute relationship between the two. However, everything changes when Sophie is murdered,