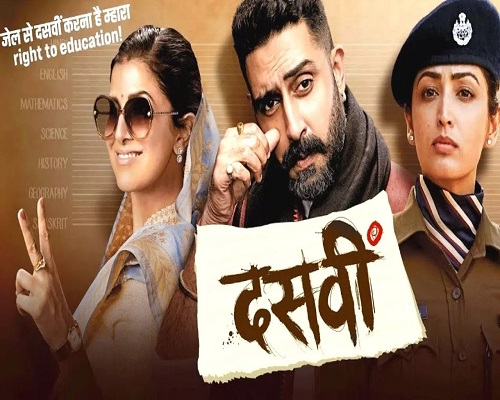 Abhishek Bachchan, Yami Gautam and Nimrat Kaur’s Dasvi trailer has been released and fans are now eagerly waiting for the film’s release. Dasvi is a social comedy helmed by Tushar Jalota. The film will stream on two OTT platforms, Netflix and JioCinema on April 7.

The trailer begins with Abhishek Bachchan being introduced as Ganga Ram Chaudhary, a Chief Minister who has been sent to jail. In his absence, his wife, played by Nimrat Kaur, takes over as the CM of the state. Yami Gautam plays the role of a cop and clearly steals the show.

The 2-minute-37-second trailer shows Abhishek’s journey in jail and how he decided to complete his one dream: to finish class 10.

Dasvi is based on the life of an uneducated politician, named Ganga Ram Chaudhary who wants to appear for his 10th examination from jail.