Ranveer Singh dived into nostalgia as he remembered Ram Leela ahead of Jayeshbhai Jordaar’s release. The film releases on May 13, 2022. 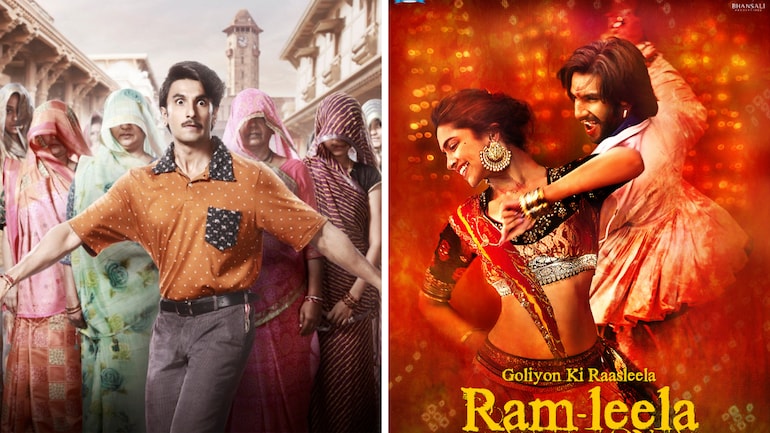 In case you are wondering what’s next for Ranveer Singh, here you go! The actor will step into the shoes of a Gujarati boy for YRF’s Jayeshbhai Jordaar. Ahead of the May release, Ranveer delved into nostalgia and remembered the first time he played a Gujarati boy in Sanjay Leela Bhansali’s Goliyon Ki Raasleela Ram-Leela. For the unaware, it was on the very sets of the film when love blossomed between him and now-wife Deepika Padukone.

Ranveer Singh is all geared up for the release of his upcoming film, Jayeshbhai Jordaar. He plays a Gujarati man in the film. As the film releases on May 13, Ranveer Singh fondly remembered his first film with Deepika Padukone, Goliyon Ki Raasleela Ram-Leela. The actor had played a Gujarati boy in the 2013 blockbuster. Talking about Ram Leela and Jayeshbhai, the actor said, “I’m playing a Gujarati boy again after Ram Leela, a film that gave me a mounting of a star in this industry. Ram Leela showered me with incredible love from people, especially from Gujaratis across the world! Even now, when I meet any Gujarati, they always happen to mention how they loved my performance in Ram Leela.

RANVEER ON HIS INSPIRATION TO BECOME GUJARATI BOY

Ranveer Singh’s Jayeshbhai Jordaar left his fans uber-excited. The actor also shared what inspired him to play a Gujarati boy. “I love everything about Gujarat its culture, its vibrancy, its zeal to be the best, and most importantly its people. So, I was really inspired to become a Gujarati boy in Jayeshbhai Jordaar and get the same amount of love from Gujaratis across the world, all over again. I hope they love the film and love my performance in it. I have given it my all and I know we have a very special film to offer to them,” said Ranveer.

Ranveer Singh in Jayeshbhai Jordaar will present a new brand of hero and heroism. Bankrolled under the Yash Raj Films’ banner, Jayeshbhai Jordaar also stars Arjun Reddy fame Shalini Pandey, which marks her Bollywood debut. The film has been directed by Divyang Thakkar. It releases on May 13, 2022.