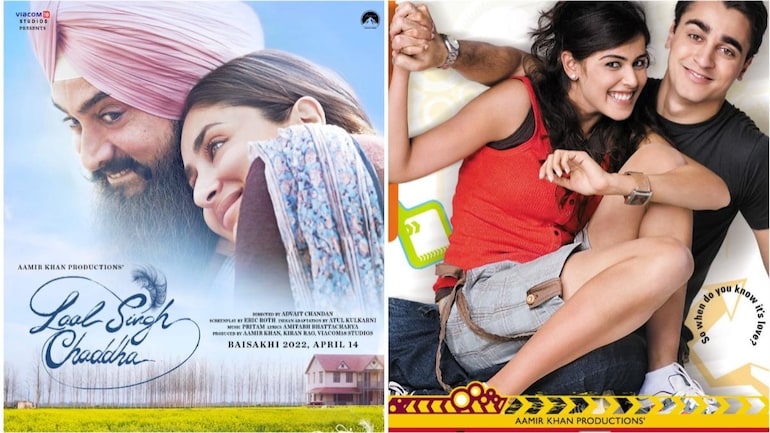 It’s been 14 years since Abbas Tyrewala’s classic cult Jaane Tu… Ya Jaane Na was released. During the premiere of the film, Aamir Khan, who produced Jaane Tu… Ya Jaane Na got in a conversation with the writer of Laal Singh Chaddha, Atul Kulkarni. They got into a tête-à-tête where they discussed their love for cinema. That’s when Atul felt inspired to write Laal Singh Chaddha.
ATUL GOT INSPIRED TO WRITE LAAL SINGH CHADDHA AFTER TALKING TO AAMIR

July 4 marks 14 years since Jaane Tu… Ya Jaane Naa was released and it’s been exactly 14 years since the idea of Laal Singh Chaddha was established. During the premiere of Jaane Tu… Ya Jaane Naa, Aamir Khan and Atul Kulkarni discussed their love for cinema and how fascinated they were by the cinematic wonder of Forrest Gump. Laal Singh Chaddha is the Indian adaptation of the Hollywood film Forrest Gump.

Both the actors agreed that the film should travel to places and reach people. Post this conversation, Atul felt inspired to write Laal Singh Chaddha. The intention behind this production was to tell the story of an innocent young man who finds his way to live life with happiness. While the film is an epitome of love, the journey behind the making of it wasn’t easy. It took around eight years for Aamir Khan Productions to acquire the rights to Forrest Gump.
ABOUT JAANE TU… YA JAANE NAA

Jaane Tu… Ya Jaane Naa was a huge success. The film still identifies with the youth of India and resonates with pop culture. From music to cinematography, everything about the film was appreciated by the audience. It stars Imran Khan and Genelia D’Souza.
LAAL SINGH CHADDHA STARS AAMIR AND KAREENA