You will be shocked to know the budget of Alia Bhatt and Ranbir Kapoor’s Brahmastra. The film releases on September 9, 2022. 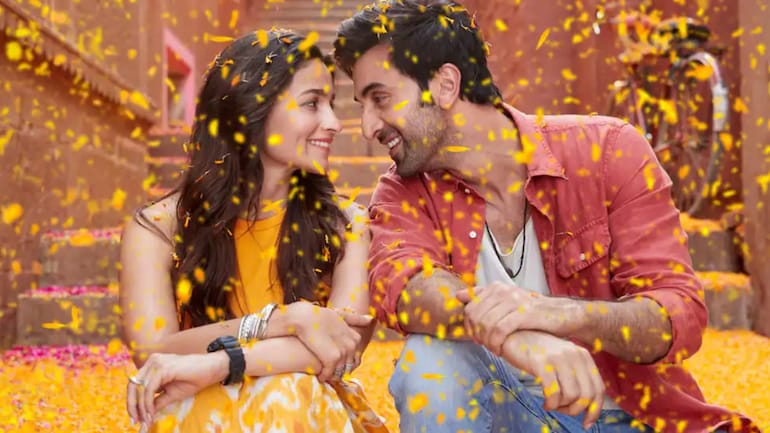 Brahmastra is said to be made on budget of Rs 300 to Rs 350 crore.
The film stars Ranbir Kapoor and Alia Bhatt.
It is all set to release in cinemas on September 9, 2022.

Ayan Mukerji’s Brahmastra is one of the most anticipated films of this year. Starring Ranbir Kapoor and Alia Bhatt, the film has been directed by Ayan. The filmmaker has been associated with this project for the past 9 years. And his labour of love will hit the big screen on September 9, 2022. Ahead of the film’s release, India Today.in has learnt about the massive scale and budget of this action spectacle. The figure of the film puts Brahmastra in the list of one of the most expensive Bollywood films of recent times.

For those unaware, Brahmastra has been mounted on a very large scale. Backed by Karan Johar’s Dharma Productions, Starlight Pictures, and Prime Focus in association with Star Studios, Alia Bhatt and Ranbir Kapoor’s film is said to be made on a budget of Rs 300 to Rs 350 crore. Having said that, the budget involves everything right from the actor’s fees to publicity and marketing costs.

The VFX of the film is one of the best works that one can see on the big screen soon. The trailer of Brahmastra was a mere glimpse of the heavy VFX work used in the film for different scenes. Needless to add, the special effects and VFX are touted to be the plus points of Brahmastra.

As far as the ticket prices of the film are concerned, they are likely to be on the higher side for multiplexes in IMAX. The Ayan Mukerji directorial will be released in several languages across formats such as 2D, 3D, IMAX 3D and 4DX 3D.

Prior to Brahmastra’s release, two big-budget movies hit the silver screen but didn’t perform well at the box office. Ranbir Kapoor’s film Shamshera, directed by Karan Malhotra, was made on a budget of Rs 100 to Rs 150 crore. Unfortunately, the film couldn’t cross the Rs 100 crore mark at the box office.