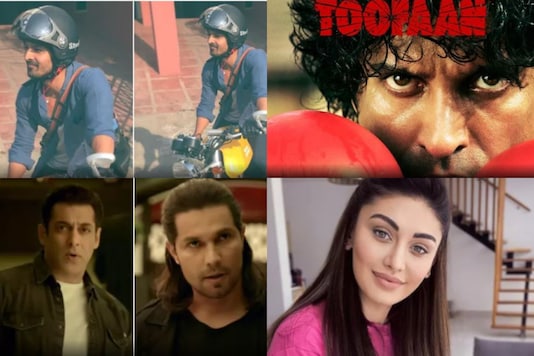 Kangana Ranaut recently called Taapsee Pannu a ‘She-Man’ on Twitter. However, after being criticized by netizens, the actress said the comment was a compliment on Taapsee’s looks. 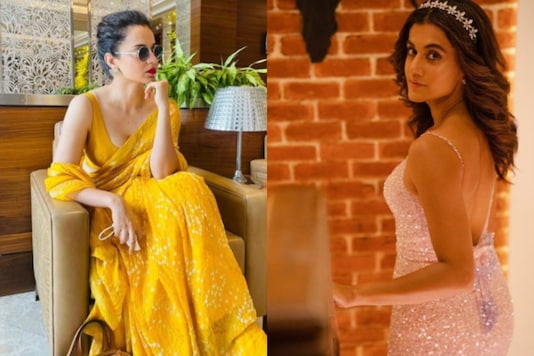 Actress Kangana Ranaut recently targetted her contemporary Taapsee Pannu on Twitter by calling her ‘She-man.’ However, after being criticized by Twitter users, the Queen actress has said that she meant the comment as a compliment about Taapsee’s ‘tough looks.’

A Twitter user on Saturday commented that Kangana’s She-Man comment was ‘cheap.’ Replying to a fan of the actress, he wrote, This is equally wrong and condescending. FYI. I had never watched this before though. Also there’s a huge diff between this and the Kangana tweet.

On Friday, Kangana shared a sarcastic definition of Taapsee on a Twitter handle called ‘Urban Dictionary’ which read, “Taapsee Pannu is bollywood actress known for her befitting replies. She’s also called as the “Sasti Copy” of Indian superstar and padma shri recipient – Kangana Ranaut. She is also a member of Pappu Gang (sic),” read the definition.

The tweet was criticised by her followers who claimed that Kangana was ‘bullying’ Taapsee. One user wrote, “Then what’s the difference between you and Bullywood? All that standing up for Sushant only to turn around and do similar to someone else.” Another comment read, “Shame on you to insult another fellow female actress. We don’t know if there are bullies in Bollywood or not but you definitely are one. You preaching about anything is like devil quoting scriptures.”

The comment was also deemed to be homophobic and transphobic as the term she-man is used derogatorily against trans people.

Meanwhile, Kangana will be next seen in Thalaivi, the biopic of former Tamil Nadu CM J Jayalalithaa. Taapsee, on the other hand, is currently shooting for Mithali Raj’s biopic Shabaash Mithu.

Nawazuddin Siddiqui is the latest celebrity to have slammed Bollywood actors who have been flaunting their privilege when the country is grappling with Covid-19. 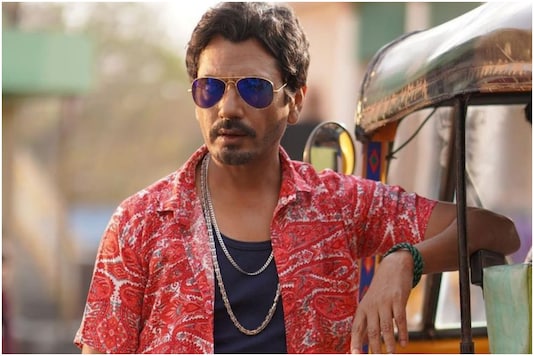 Many Bollywood celebrities have been facing flak in the past weeks for posting their vacation pictures while the country is dealing with the Covid-19 second wave. Maldives has been one of the most popular destination among celebs, and many actresses, like Janhvi Kapoor, Shraddha Kapoor and Disha Patani had been posting their photos from the beach destination. Ranbir Kapoor and Alia Bhatt too flew to Maldives recently, but haven’t shared any picture yet.

The lot that has been posting these picture have been criticised by many within their own fraternity. Actor Nawazuddin Siddiqui is among them. When asked about stars posting vacation pictures during an interview, he said, “These entertainment celebrities posting vacation pictures at a time when the world is reeling under the worst recession. …Logon ke pass khana nahin hai aur aap paise phenk rahe ho. Kuch toh sharm karo (People don’t have food and you are wasting money, have some shame).

The actor also says that the celebs are posting about their vacation because they have nothing worthwhile to talk about. “What else will they talk about? Acting? They will run out of steam in two minutes. In logon ne Maldives ko tamasaha bana rakha hai. I don’t know what their arrangement is with the tourism industry. But for the sake of humanity, please keep these vacations to yourself. There is suffering everywhere. The cases of Covid are multiplying. Have a heart. Please don’t taunt those who are suffering,” he told Bollywood Hungama.

The actor also insisted that he had no plans to go for a vacation anywhere. He prefers to remain in his hometown, Budhana with his family. “That’s my Maldives,’ he said.

Prithviraj is based on the life and heroism of the fearless and mighty King Prithviraj Chauhan. 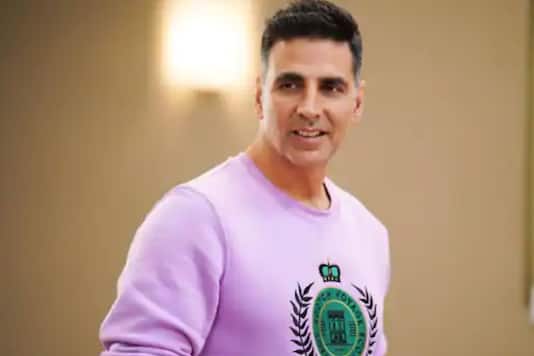 Filmmaker Chandraprakash Dwivedi, who has previously directed Pinjar, Mohalla Assi, and TV show Chanakya, is currently busy with his next, Prithviraj, starring Akshay Kumar and Manushi Chhillar and on World Book Day, he reveals how an epic Prithviraj Raso is the inspiration behind this much-awaited historical. “Prithviraj is also based mainly on medieval literature, an epic called ‘Prithviraj Raso’ by the great poet Chand Bardai. Apart from a couple of versions of Raso, there are many other literary works on Prithviraj, his life, and times. In addition to these there are commentaries on Raso,” Dr. Chandraprakash Dwivedi reveals.

Dwivedi says that for Prithviraj he had to deep dive into exhaustive research on the warrior king. He says, “I get involved in exhaustive research as I enjoy the process of entering the unknown and unexplored world of great heroes of India and their times. It is like having a dialogue with these great characters in their times. I am sure most of the writers must have experienced this strange phenomenon.

He adds, “Apart from the story, I love to research art, archaeology, costumes, material culture and available historical data. In other words, I love to do archaeological exploration and excavation in the pages of a literary work or historical fiction to recreate the era and personalities of its time. This gives me immense pleasure and satisfaction as an artist who loves to paint cinema’s canvas with lights and camera.

The film-maker believes that the stories of great warriors like Prithviraj are extremely relevant in today’s times where good is constantly locked in a battle with evil. He says, “I do not make characters like Prithviraj to make them relevant for young viewers. I choose them as my subject for cinema as they are relevant for our times and all times to come. They are shining bright stars in the galaxy of great historical characters which will inspire many generations to come.

Yash Raj Films is making its biggest historical in Prithviraj which is based on the life and heroism of the fearless and mighty King Prithviraj Chauhan. Akshay Kumar is essaying the role of the legendary warrior who fought valiantly against the merciless Muhammad of Ghor. Manushi plays the role of his beloved Sanyogita.

Banerjee, known for his scene-stealing acts in movies and shows such as Pataal Lok, Stree, Mirzapur and Bala, said the film was different from the ones that have come out of Dharma, which is primarily known for its love stories and family dramas. 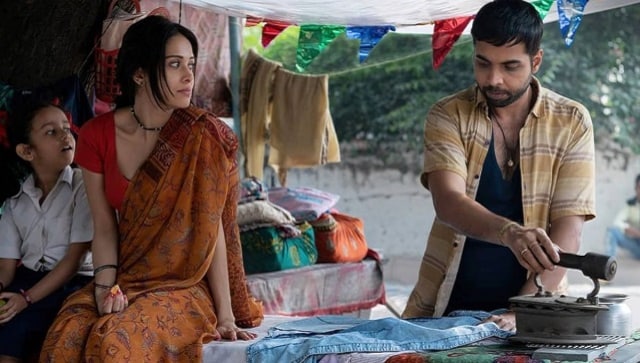 New Delhi: Actor Abhishek Banerjee, who features in the Khilauna segment of the upcoming Netflix anthology Ajeeb Daastaans, says he initially could not believe that the movie was being made by Dharma Productions.

The film, which features four shorts from filmmakers Neeraj Ghaywan, Kayoze Irani, Shashank Khaitan and Raj Mehta, is the latest anthology to come out of Dharmatic, the digital content company of Karan Johar-led Dharma Productions.

The movie, as its title suggests, is about the third wheel in relationships and explores complex themes of fractured relationships, and human emotions such as jealousy, entitlement, prejudices and toxicity, and their effects.

Banerjee, known for his scene-stealing acts in movies and shows such as Pataal Lok, Stree, Mirzapur and Bala, said the film was different from the ones that have come out of Dharma, which is primarily known for its love stories and family dramas.

“It took me a little time to accept the fact that this was happening at Dharma. Because you have a very different image about the production house and also the director… Suddenly you reach the set and realise that it is actually being made. So in the process of the film, I realised what we are making and I thoroughly enjoyed the journey,” the 35-year-old actor said. 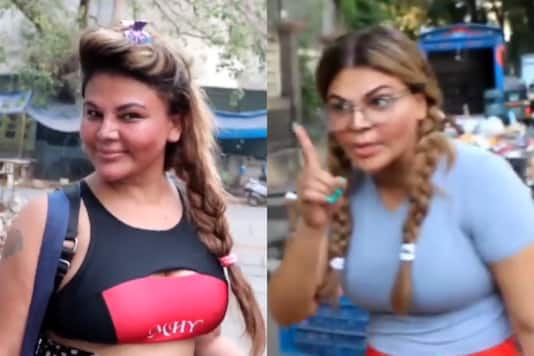 With gyms, red carpet events, and award functions out of bounds for Bollywood stars amid the second wave of Covid-19, celebrity photographers in Mumbai are struggling to come up with newer ways to keep their followers happy. Viral Bhayani, a popular pap photographer, says that it’s a repeat of the 2020 situation, adding that the demand for the regular gym and airport pictures has gone down lately. “Just the stepping-out content itself isn’t very interesting for people. They want engaging content, conversations about current issues,” Viral told Hindustan Times.

“Our main work is movie promotions, red carpet events, which magazines and channels look forward to. That helps us, but there were hardly any film promotions, no big-ticket events like fashion weeks,” another paparazzi Manav Manglani said.

However, Viral further says that it’s Bigg Boss 14 fame Rakhi Sawant whose videos are generating a lot of traction on his Instagram page as she talks about “everything under the sun”, from the government to other current issues.

She has become my number one content provider, financially and views-wise also. You might be the best actor, but if you shy away and get into your car, what attitude is that? People don’t like that now,” Viral added.

Even after Bigg Boss 14, where she became one of the finalists, Rakhi Sawant continues to entertain her fans and followers. Rakhi is often spotted out and about in Mumbai by paparazzi and she entertains them with her usual antics. Post Bigg Boss, the actress got busy with her mother’s chemo treatment at a Mumbai hospital. Thereafter, Rakhi has done a few performances for special television shows and hosted an event in Goa as well.